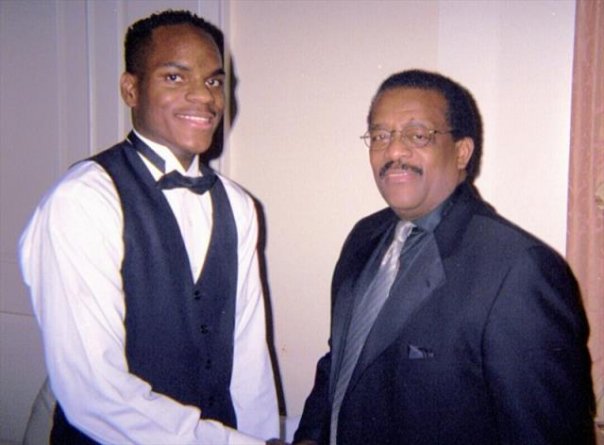 With all of the news about O.J. recently, I’ve been reflecting on the time I met Jonnie Cochran.  The year was 2000 and I was working at a country club in Atlanta.  I was 18.  The event was honoring Herman Russell, the owner of a big construction firm in Atlanta.  Judge Hatchet, Governor Roy Barnes, and many other well-known figures were all in attendance.  The one person that I was hoping to just say hello to was Jonnie Cochran.

I was a freshman in college, and I was sporting a jerry curl.  This was 2000, not 1970, but none the less that was the thing amongst my few minority friends in a school that I attended with less than 5% racial diversity.

I was a server at the country club and spent the whole night trying to figure out how I could get a minute to say hello.  After serving a 3 course meal to my section, I walked over to his table and extended my hand to say hello.  He stopped, and focused his attention on me.  He got up and walked me to the side of the Ball Room.

He said hello, and asked me about myself.  I told him I was a freshman in Clarkson studying finance.  He joked and said, “why not law”.  I laughed nervously.  I told him that I was working for the country club to put myself through college, and I’m hoping to one day lead or grow a Fortune 1000 company.  (If you know me well, this has been my goal since I was 8).  We shared a few short minutes of discussion about me, and before he walked away he said one thing that stayed with me until this day “Never Settle, you will reach your goal if you keep going”.   I said, thanks for the encouragement.  He was beginning to walk away, and one of my colleagues said “Take a Picture”.  Jonnie was more than happy to oblige.

We took the picture, and both went on our way, Jonnie back to his party, and me back to work.  I never forgot those words and whenever I find myself drifting I remind myself to “never settle” and keep pushing forward.   It’s one of the few things that has motivated me ever since and has compelled me to ensure I grow in every opportunity I have in front of me.  What motivates you?  Never Settle, and keep pushing forward, you never know where you  will end up.